With austere white walls and quiet corridors, the first floor of the East Duke Building feels, at first glance, unremarkable. But behind locked doors are two of Duke’s most unforgettable spaces.

Stepping into the East Duke Parlors is like stepping into another time. The two ornate reception areas – one blue, one pink – feature antique furniture, elaborate carpets and shelves filled with delicate vases and gilded clocks. On a campus that features many sleek, modern places, the history in this corner of the century-old building is palpable.

“I just love the spaces themselves, just how they’ve been preserved,” said Kim Carlisle, business manager for the Program in Gender, Sexuality and Feminist Studies, which oversees the parlors. “It’s something that you don’t expect. It feels like a time warp. The rooms are beautiful.”

While elegant, the rooms aren’t museum pieces. The spaces can be rented for events. Perfect for discussion groups, the Blue Parlor holds around 30 people comfortably. Better suited for presentations, the Pink Parlor seats around 45.

Tucked away on a quiet part of East Campus and overshadowed by newer meeting venues, the fact that the parlors exist still surprises some. But what they lack in prominence, they make up for in character. 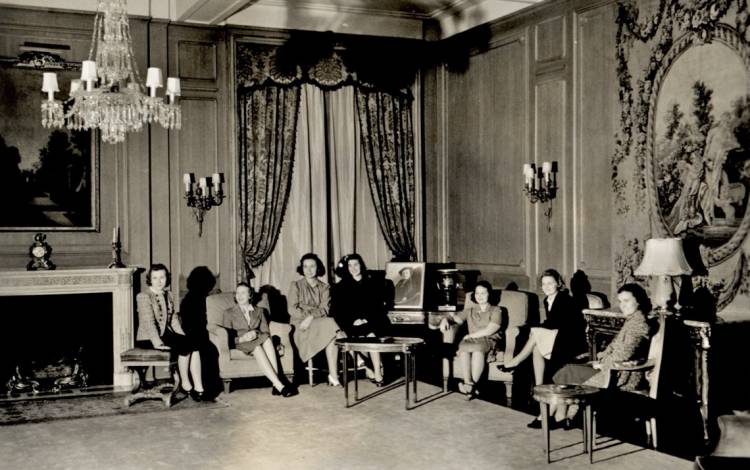 While East Duke was built in 1912, the parlors’ history traces back to 1921 with the creation of the Anna Branson Memorial Room, now the Blue Parlor.

Branson was a 1910 graduate of what was then Trinity College who married James A. Thomas, a friend of the Duke family and a tobacco merchant who worked extensively in China. After Branson’s death in 1918, the room was decorated with pieces from China, the most prominent of which was a blue carpet.

A portrait of Washington Duke was added in the mid-1920s.

In 1937, Karl Bock, a prominent New York-based interior designer, was brought in to redesign the parlor. Bock’s changes included paintings of James B. Duke and Mary Duke Biddle and the addition of Victorian furniture, giving the space the feel of a formal sitting room.

While the original pieces from China were still featured, thanks to Bock’s touches, in later years, the space would become known as the “Victorian Room.”

A 1960 inventory of the room described items such as a “Chinese carpet, super quality” with “azure blue field with detailed colors in shades of tan, green, ecru and other pastel tones,” and a “gentlemen’s armchair” with “walnut and rose satin.” 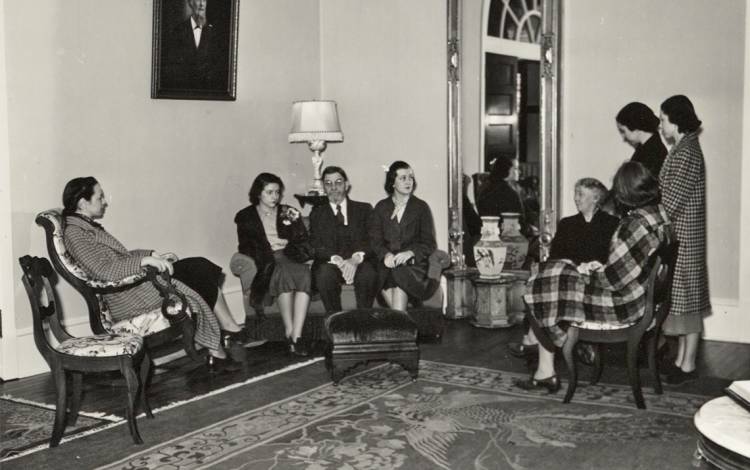 Around the time of the redesign of the Blue Parlor, Biddle got Bock to create a companion space – now the Pink Parlor – across the hall. She requested a French motif inspired by those used in Duke family homes in New York and Durham.

With a rosy pink as the dominant color, Bock created a room that became a hub of activity for Duke’s Women’s College, which occupied East Campus from 1930-72. 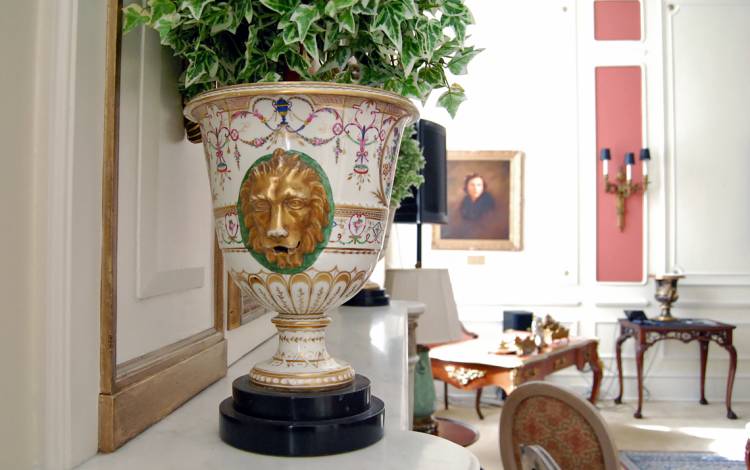 Named the “Alumnae Room,” it features portraits of both Biddle and Branson as well as a tapestry depicting episodes in the life of Cleopatra.

The 1960 inventory of the parlors tells of an “Isfahan rug of very fine knot,” and an “antique Louis XVI loveseat in grey enameled wood and floral brocatello.” 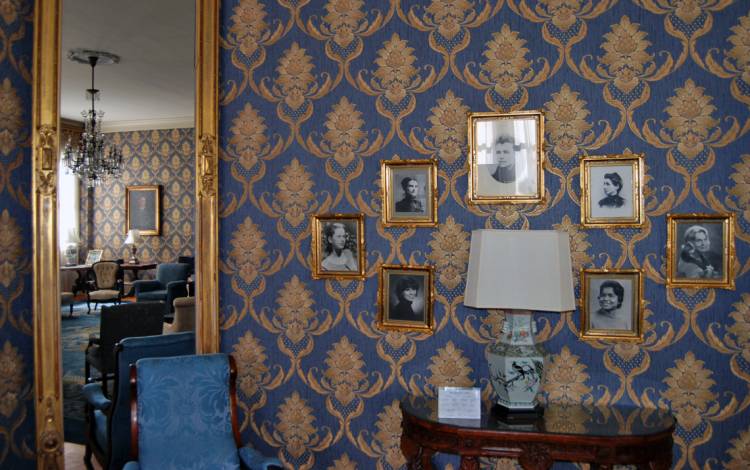 The rooms were refurbished in the early 1960s in honor of Biddle, who died in 1960. They were redesigned again in 1986 by members of the Women’s College class of 1946 to celebrate their 40th class reunion.

Starting in 1988, portraits of trailblazing female students, staff and faculty were hung on the walls of the Blue Parlor.

A renovation in 2015, made possible by generous donations from the Mary Duke Biddle Foundation and Biddle's granddaughter Mary Duke Trent Jones, helped maintain the rooms’ status as desirable meeting spaces with the addition of high-end audiovisual equipment. A recent donation by Thomas S. Kenan III paved the way for a project to restore the portraits in both parlors. 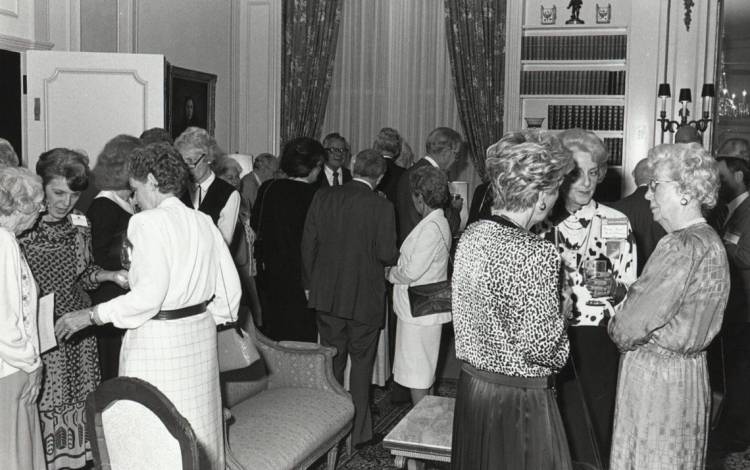 In thank you letters to donors for the 1986 upgrades, Assistant Provost Calvin Ward and Director of Women’s Studies Jean O’Barr explained why the rooms are important.

“The parlors serve Duke in so many ways,” they wrote. “They enliven the discussions of those who hold seminars and meetings there, they give pleasure to those who meet in them for receptions, ceremonies and social gatherings, and they inspire alumni/ae who return to visit them.

“… They have been a source of joy to all of us in the Duke community.”