While their roles and backgrounds may be varied, Duke University President Vincent E. Price said that the five Duke employees honored with Presidential Awards on Thursday are united in their drive to make Duke – and by extension the wider world – a healthier, more compassionate place.

“We’re laboring along nearly 40,000 employees with one common principle,” Price said during Thursday’s ceremony at the Washington Duke Inn. “And that’s by working together for the betterment of this university, we are able to transform the world around us. We’re here to today to celebrate that purpose.”

The Presidential Award, one of Duke’s highest honors, is given to staff and faculty for outstanding job performance and distinctive contributions within the past calendar year. The awards for 2017 are presented in five categories: Clerical/Office Support, Clinical Professional, Executive, Managerial and Service Maintenance.

Price presented the winners with a Presidential Medallion and a check for $1,000 at the ceremony. Also honored were 23 Meritorious Award winners drawn from the five categories.

“I can’t thank all of our university employees enough, but today is a special opportunity to say thank you to these exceptional Duke University people,” Price said.

Here are the Presidential Award winners for 2017: 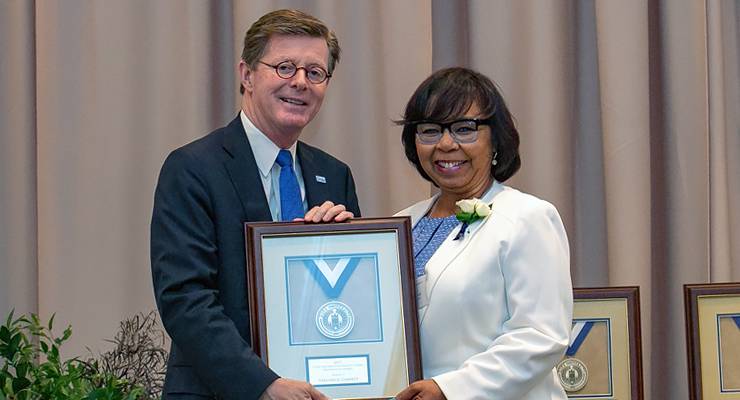 For 35 of her 37 years as a Duke employee, Garrett has worked with what is now Network Services, which supports Duke Health System’s connections to community-based programs around the Southeast. During her time with Network Services, the unit has grown. And the demands of her job have grown along with it.

“Whether work is added or taken away, she maintains her class, her integrity and her joyful side,” said Lois Pradka, senior director for Duke Clinical Engagement with Network Services. “She is one of the reasons Network Services has been able to expand so dramatically over the past decade. … I believe it is her core values of doing what is right, when it needs to be done, and while smiling that set her apart.” 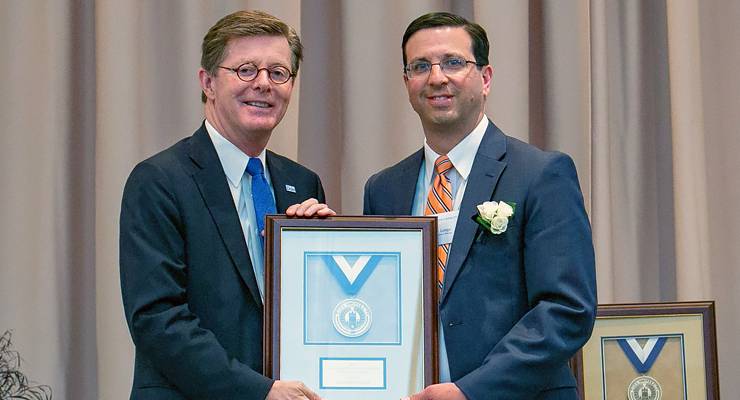 Lodge’s commitment to serving Duke’s young patients was easy to spot in 2017, when, for nearly eight months, he was the lone pediatric cardiothoracic surgeon at Duke Children’s Hospital. During that time, he attended to 198 cases and performed 34 emergency surgeries. He was also on-call for heart transplants and emergencies the whole time.

He’s earned praise from colleagues for his work ethic – he’s published roughly 110 articles for medical journals – and for his generosity – he’s organized three trips to provide care to underserved children in the Philippines.

“This year, he performed ‘heart surgery’ on a patient’s American Girl doll so the patient and her doll would have the same scar,” said Anne Schmelzer, clinical nurse with Duke Children’s Hospital’s Pediatric and Congenital Heart Center. “This shows his love and dedication to the patients, their families and health care team.” 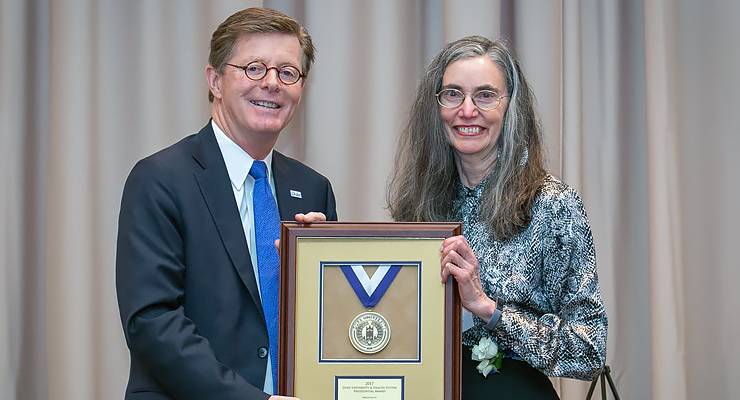 A member of the Duke Department of Pediatrics’ Allergy and Immunology Division since 1984, Markert has spent most of her career researching the thymus transplantation as a treatment of DiGeorge syndrome, a genetic disorder that affects heart function and development.

The work of Markert and her team has yielded promising results and has expanded to focus on using thymus transplantation to help infants born with a rare and often fatal form of DiGeorge syndrome.

“There is no one else in the world doing this research,” said Rebecca H. Buckley, the James Buren Sidbury Professor of Pediatrics. “Support of her work is critical for her to be able to bring the promise of thymus transplantation, for all who will need it in the future, to fruition.” 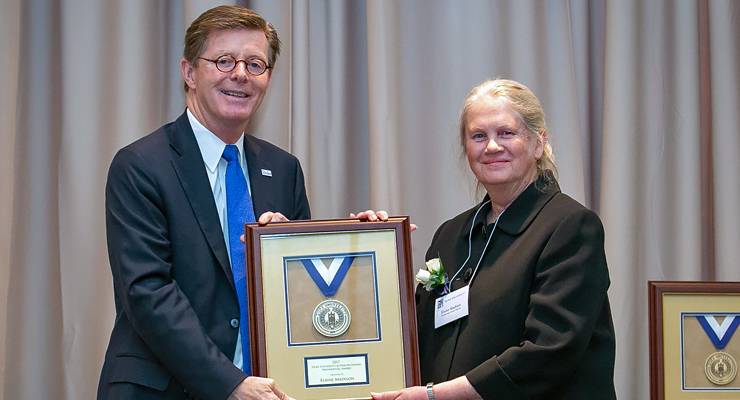 Thanks to her vision about what community engagement and service learning can be, Madison has helped reshape the Duke student experience.

Since taking the reins at the Duke Community Service Center, Madison has overseen tremendous growth and helped develop many of its most popular programs, such as the annual Volunteer Fair, Project Share and America Reads/America Counts.

She was also a guiding force behind the creation of DukeEngage, which connects students with service projects around the world.

“More than any other person at Duke University, Elaine is responsible for the growth and institutionalization of civic engagement on our campus, and all of the legal and safety protocols that make all of these programs such a success,” said Eric Mlyn, Assistant Vice Provost for Civic Engagement and Director of DukeEngage. “Though Elaine has never sought the limelight, and many of these tasks are not seen by the general public, she deserves immense credit for what the University has accomplished in this area.” 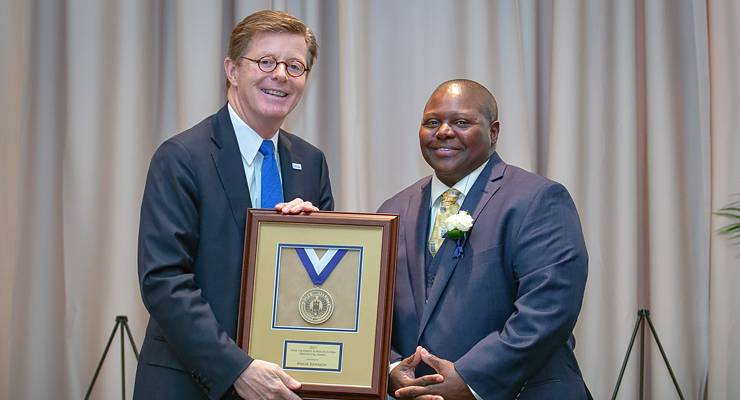 Kennedy’s generous spirit and boundless patience has resulted in Duke University Police Department playing a positive role in the lives of the homeless that live near campus.

Kennedy volunteered to create the DUPD Housing Abatement Team, which helps homeless encountered by DUPD officers find resources that can help their situation. Kennedy, who recently became certified as a peer-to-peer counselor by the National Alliance on Mental Health, has also given his own time to offer guidance and transportation to homeless people he’s worked with. He’s also collected business clothing and suits for unemployed people to wear to job interviews.

“Officer Kennedy’s effective communication skills allow him to illicit in-depth information from clients which helps in making important decisions as to which local resource best addresses their needs,” said Duke University Police Department Captain Michael Linton. “To date, he has arranged transitional housing for at least 15 people, emergency lodging for at least 25 people and obtained social security benefits for at least eight people. His efforts have resulted in some of these people moving from homeless encampments to their own housing.”

COVID-19 and Migration in the Americas

The recent crisis brought migration to a near halt, but it also laid bare the important role of migrants in U.S. essential jobs