Editor’s Note: this story was reported in fall 2019 and spring 2020, prior to the pandemic.

Early last fall, Duke student Yaas Bigdeli went to the intensive care unit at Duke Hospital to observe nurses in their work environment. When she and a fellow student arrived, someone introduced them by telling the nurses they were there “to watch you.”

“I immediately felt one nurse tense up,” Bigdeli, then a third-year doctoral student in engineering, recounted. “She thought we were there to audit her.”

Backtracking swiftly and leaning on advice she had just learned about the importance of language, Bigdeli quickly pointed out that she was there to “learn” from the nurses.

“That changed the entire context of our relationship,” Bigdeli said. “She was more relaxed, she explained what she was doing, and it was much nicer. I’m much more careful now about what I say.” 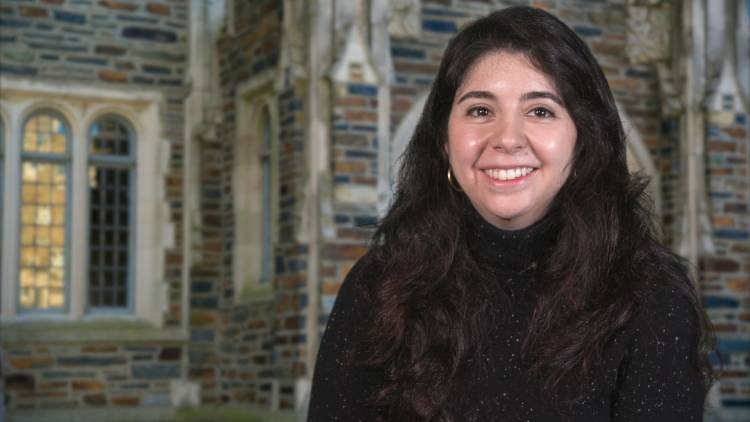 "The ethnography part of the course is what helped us frame our questions and understand our role. Going in with an open mind and considering the users of the devices, the patients, the interactions and not just the hard facts, really made a big difference in how we approached the solutions we came up with."

This critical lesson in the power of words came in the first three weeks of a two-semester course in which future nurses, engineers, doctors and other Duke students learned skills rooted in the humanities to help them re-engineer and improve medical tools, devices and processes in health care settings.

The course is called Duke Design Health, and while it’s housed in the Pratt School of Engineering, it’s very Duke-ish in its interdisciplinary bent. The medical school is a partner, but it also draws students from engineering, nursing, law and business as well as undergraduates in the Trinity College of Arts & Sciences. It was successful enough in its first year that organizers expect to teach at least portions of it during the new school year, while working within COVID-19 restrictions.

Two instructors, Eric Richardson and Paul Fearis, came from the Pratt School of Engineering; a third, Joseph Knight, came from Duke’s Innovation and Entrepreneurship Initiative. And the group was joined by Anne-Maria Makhulu, a cultural anthropologist.

Makhulu and Fearis taught various components of ethnography, with Makhulu emphasizing the observation and note-taking skills used by anthropologists who observe people and cultures by blending into the background and asking smart questions. Students were later sent, in small groups, to Duke Hospital to observe, talk with doctors, nurses and other health professionals. In the spring, the teams designed healthcare tools resulting from that research.

Bigdeli, the engineering graduate student, knew nothing about ethnography prior to this course and was accustomed to drawing research material from big data sets and previously published research laden with statistics.

But after just a few deep but meaningful discussions with nurses, she changed her thinking.

“We found that the power of our observations didn’t come from how many (interviews) we did, but from the types, and doing them better,” she said. “I didn’t need to interview 40 nurses to get an idea of their challenges. I found that one story that a nurse could tell you was powerful enough. You don’t need a large sample size to get valuable information. That’s something all of us learned very early and found very, very useful.”

Though the course was upended in some ways by the COVID-19 pandemic, several teams of students came up with project ideas with promise. Several continued pursuing their ideas over the summer, and portions of the course are expected to be taught again this fall.