Two years ago, Ashley Dunham assumed the role of managing director of what became Duke’s Department of Population Health Sciences.

By accepting the post, she also became the entirety of the staff of what was then the Center for Population Health Sciences.

Part of the Duke University School of Medicine, the Department of Population Health Sciences began coming together in 2016, and Dunham was the first hire of then-center director Dr. Lesley Curtis.

“It was just the two of us plus a small faculty leadership group” Dunham said.

While the challenge of helping build a department from the ground up was daunting, Dunham, who had previously handled research operations for parts of Duke’s medical school, was excited to be a part of it. 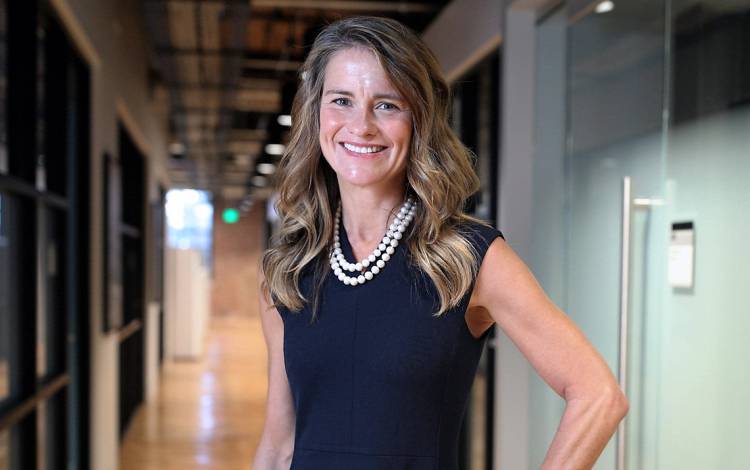 “I like to get things started,” Dunham said. “The start-up phase is something that I enjoy. … You get to be creative. You get to bring a team of people together and identify talent, which is really enjoyable.”

Since the department was officially formed last year, Dunham has seen the department grow into an operation with 42 faculty members and around 50 staff members. It’s gone from being based out of borrowed office space at North Pavilion to occupying a large portion of the Imperial Building in downtown Durham.

This story isn’t uncommon as there were around 230 units that were created or reorganized across Duke University and Health System in the 2017-18 fiscal year.

Whether you’re part of a new team, or helping refresh an existing one to face new challenges, the experience of Dunham and her colleagues provides several valuable lessons.

Building the culture of a new department or team isn’t something that can be forced. It usually happens organically.

Joy Birmingham, assistant director of leadership and professional development for Learning & Organizational Development, a unit within Duke Human Resources, said that a major step toward creating a united spirit in an organization is for team members to embrace its mission.

Dunham said this is an area where the Department of Population Health Sciences is lucky. Population Health, which looks for factors that cause – and could potentially remedy – pressing health problems such as addiction and obesity, is a popular and easy-to-appreciate discipline.

So, while the department is young, Dunham said she feels the staff has bought in to the work it does. She credits Curtis, who is now Chair of the department and interim director of the Duke Clinical Research Institute, with instilling much of that culture through her innate ability to motivate.

“It’s easy to be passionate about,” Dunham said.

Be willing to be wrong and learn from it

When a team is taking its first steps, not all of them are going to be graceful. It’s important to go into the first phase of an organization’s life knowing that not everything is going to be perfect.

Dunham recalls the team working through hiccups while building a curriculum and requirements for the masters and Ph.D programs. And the work of ensuring data is accessible to everyone who needs it and figuring out a framework for department governance is still in progress.

One of the tricky aspects about working in a new organization is that there aren’t any long-standing protocols on how things get done. When it comes to how tasks are delegated or procedures used to ensure the quality of the work that’s produced, there are likely competing opinions on the best way to do it.

Both leaders and team members need to be flexible and know that their ideas may not always win out.

“If you’re creating something from nothing, you’re going to run into a lot of roadblocks,” Birmingham said. “You need people who can withstand conflict and not shut down. They need to be collaborators.”

Find people who will enjoy the ride

Katie Williams recalls the mix of feelings she had when talking with Dunham about potentially joining the brand new Population Health Sciences team as a grants and contracts administrator. There was some apprehension but also a healthy dose of excitement.

“I liked the idea of starting from scratch and not having a bunch of red tape that you had to break down,” Williams said. “You could set your own boundaries. You could try different things and you didn’t have to battle your way through any old standards that had been put up. You don’t have to do anything just because that’s the way you always did it.”

As she was helping build the department’s staff, Dunham said she looked for people who, like Williams, embraced the challenge of starting fresh and wouldn’t be fazed by uncertainty.

“You might do this today, but tomorrow it could change. You’ve got to be OK with not knowing what’s going to happen, and actually kind of enjoying it.”

The Orchestra Must Go On – Virtually

Durham Medical Orchestra records a remote song for the community