Their colleague, Surah Agarwal, entered and his eyes immediately widened seeing Alger and Rezak together. His surprise is understandable as Alger and Rezak are not just coworkers, but identical twin sisters.

“We respond to each other’s name because it’s easier that way,” said Alger, assistant professor of surgery and trauma and critical care surgeon. “I’ll be walking down the hallway and people will say ‘Hi’ thinking I’m Kristen. I don’t want to be rude and not say hello.”

Alger began working at Duke University Hospital in 2016 while Rezak joined Duke three months ago as an assistant professor of surgery and plastic and reconstructive surgeon. Their paths have continually crossed since growing up in Syracuse, N.Y. watching medical shows like “Emergency!” and “Rescue 911.”

Alger and Rezak attended separate universities in New York for undergrad but were classmates at the Ross University School of Medicine. They then intentionally separated for their medical residences but ended up at fellowships across the street from one another in Boston. 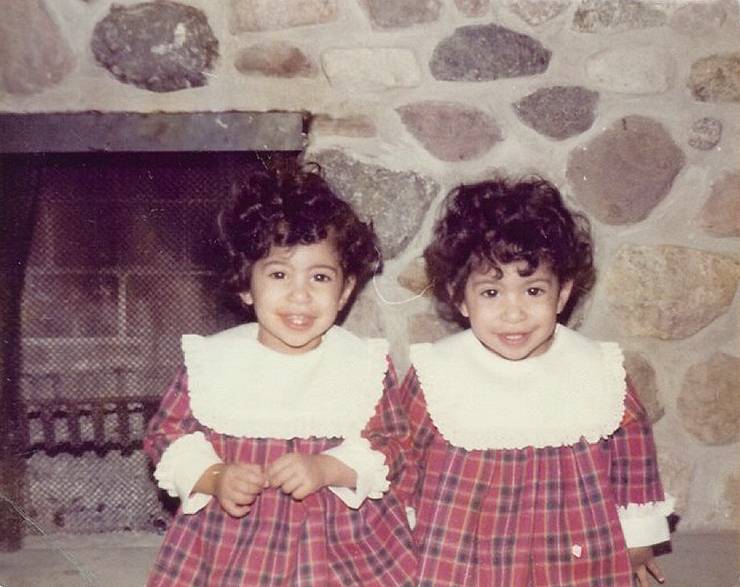 They’ve lived in separate states for the past decade and never intended to work at the same place. That changed after Rezak kept hearing her sister praise Duke Health System. She decided to become a Blue Devil after meeting some Duke surgeons at a national conference last year.

“Moving was much easier with Amy being here,” Rezak said. “She helped me feel comfortable with the area and the campus. And the hospital already knew my glove size for surgeries.”

When Alger and Rezak were babies, their father would mark the bottom of their feet with their names in magic marker. While that won’t help people differentiate them anymore, the two do joke about getting their names in large shiny letters on their scrubs and white coats.

Both sisters give colleagues a heads up their identical twin sister works at Duke.

“We try to warn people out of courtesy,” Alger said. “It ends up being a positive because if someone gets to know one of us they feel like they know the other as well. It makes for a comfortable environment for both of us.”

How Housing Is Looking Different This Semester