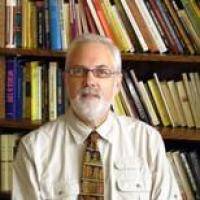 Duke historian John Herd Thompson, an authority on Canadian history and a former history department chair, has died. He was 72.

Thompson taught at Duke from 1989 to his retirement in 2012. While at Duke, he served as chair of the history department and as director of the Canadian Studies program. He was known for his love of Canada, baseball and jazz, and for his devotion to his students.

“John was a dear colleague, with a wonderful sense of humor, a joie de vivre approach to life, and a camaraderie that endeared him to staff and colleagues,” said William Chafe, professor emeritus of history. “If you were up for a verbal tussle about sports, politics, or personalities, John was there with you, ready to engage, laugh, make a sarcastic joke, or just enjoy the moment. He will be sorely missed.”

Thompson was born in Winnipeg in 1946 and received his Ph.D. from Queen’s University in 1975 before emigrating to the U.S. He explored the history of Canada, the Canadian west and relations between Canada and the U.S. in a number of books, including “Canada and the United States: Ambivalent Allies,” “British Columbia: Land of Promises” and “Forging the Prairie West.”

Former student Ivan Snyder, Trinity ’97, said Thompson was an important mentor for both he and his brother while the two were undergraduates at Duke.

“He was the type of professor who took a profound interest in his students and helped guide them both inside and outside of the classroom,” Snyder said. “He had great respect and admiration for Duke undergraduates, which translated into high expectations and a feeling that he was always pushing you to do better.

“In the classroom, John could take a class like the history of Canadian-American relations, which might sound unexciting at first, and turn it into an engaging and memorable experience. John always seemed to be there for his students.”

The American Review of Canadian Studies published a special issue in Thompson’s honor in Spring 2015.

“In his research, teaching and indeed his career, John has challenged his colleagues on both sides of the Canada-US border to think and work transnationally,” the authors wrote.

Thompson retired from Duke in 2012, on Canada Day. Upon his retirement, he moved to British Columbia, where he was at work on several book projects until his death.

Bringing Transparency and Coordination to Addressing Hate and Bias Issues