Hilary Bouton-Verville’s fingers hover over a computer keyboard as she works on a report about influenza research. To concentrate, she inserts earbuds, and the music of Frédéric Chopin and Johann Sebastian Bach spill out.

Music helps a majority of us feel more efficient, according to a 2018 survey by Accountemps, a subsidiary of the human resources firm Robert Half. The study found that 71 percent of U.S. employees feel more productive when listening to music. People who listen to music at work also feel a boost in happiness, according to a Spotify survey.

Through a graduate school class, Working@Duke Editor Leanora Minai found new music to love and discovered a hobby. She bought a record player.

Anthony M. Kelley, an associate professor of the practice of music at Duke, said music leads to improved productivity and positive feelings because it has qualities that are linked to a more relaxed mental state. 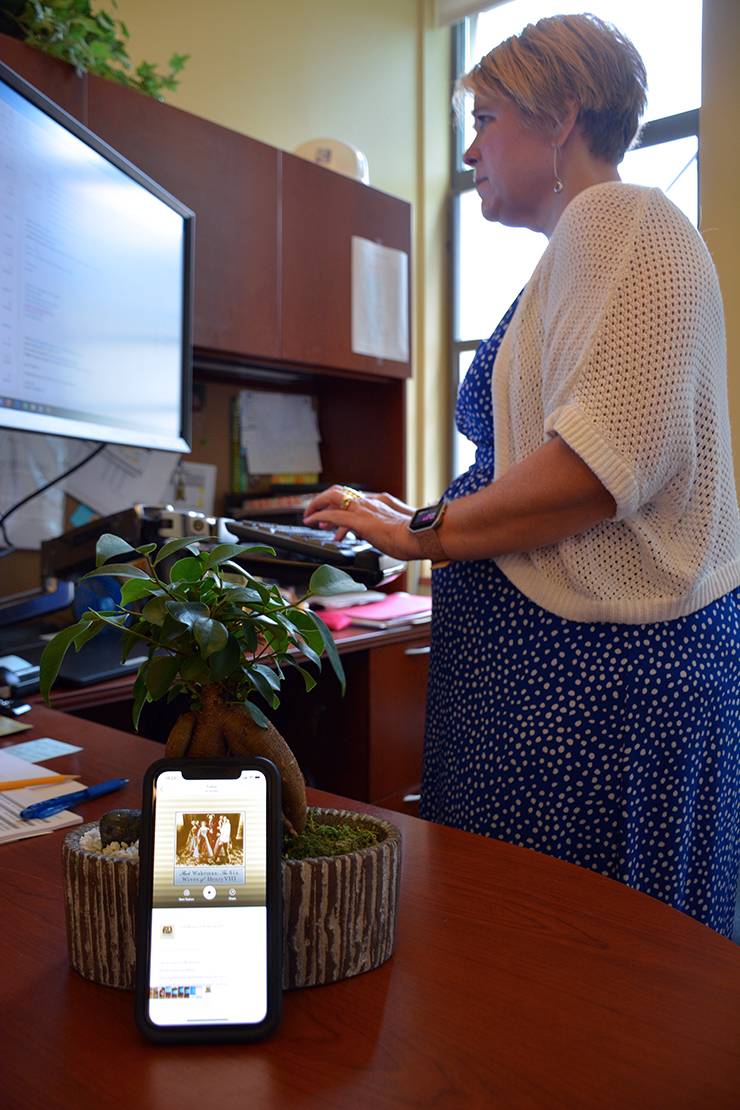 Kelley said soothing instrumental music is good for engaging in work that requires critical thinking because the tone isn’t distracting. Energetic and upbeat music is better for repetitive tasks that don’t take a lot of brain power.

“Music is a gateway to get you into a sense of relaxation,” he said. “You think clearer when you’re not anxious.”

“Music transports me away from my worries,” she said. “It brings me calm, relaxation and balance. I just feel better when I have something playing.”

At work on Fridays, Chamberlain listens to music with lyrics. She alternates between favorites by Duran Duran and new tracks by BTS, the Korean pop band she started listening to after attending the group’s concert with her 12-year-old daughter.

She listens with headphones but also plays music on low volume in her office.

“I always laugh when people walk in and say how nice and calm it seems,” Chamberlain said. “I can tell a difference when I don’t have music on.”

Get Help Planning Your Next Outdoor Adventure