Every two weeks during the spring and fall, Orin Starn swings by Sarah P. Duke Gardens for a small dose of the coast.

As part of Duke’s Mobile Farmers Market, Walking Fish, a consumer-supported fishery, connects the community with sustainably-sourced North Carolina seafood. A longtime subscriber, Starn said that while the shrimp, fish and oysters are wonderful, he loves where his money goes.

Apply for a Green Grant

You can submit your sustainability idea for consideration for a Sustainable Duke Green Grant. The grant application process is a rolling one and may take up to 30 days to process.

“I like the idea of supporting sustainable fishing on the coast,” said Starn, professor of Cultural Anthropology. “North Carolina has such a rich array of fish and shellfish, it’s really a state treasure that needs to be protected.”

In addition to being a boost for sustainable fisheries, Walking Fish is part of a growing legacy of Duke’s Green Grant Fund, which provided Walking Fish start-up funding a decade ago.

The Green Grant Fund, which began in 2005, divvies up $50,000 each year to select campus sustainability initiatives conceived by Duke students, staff and faculty. Submissions are vetted by Sustainable Duke staff, and funding shares are determined based on viability, visibility and potential to create lasting change. 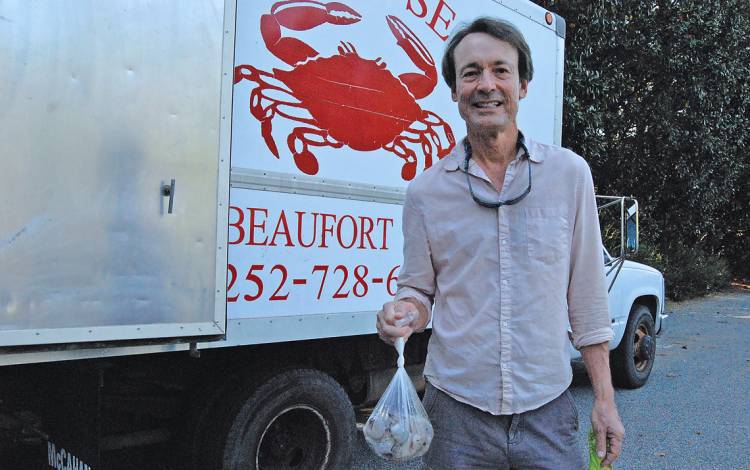 “A lot of the sustainability efforts at Duke started through grassroots initiatives,” said Tavey Capps, director of Sustainable Duke. “This was a way to provide some seed funding to jumpstart projects so they can go to the next level.”

The legacy of many projects can be found across campus. Since the fund’s beginnings, about 310 projects have been funded.

For example, the Green Grant Fund paid for bottle refilling stations in Sanford Building and Rubenstein Hall. And small grants helped fund stickers and posters touting the importance of making green choices such as turning off lights.

In 2009, Joshua Stoll, a student in the Nicholas School of the Environment’s Masters of Environmental Management program, was looking for ways to support sustainable seafood producers. Stoll and a handful of students submitted a Green Grant application for a consumer-supported seafood operation similar to those often used by farmers.

“At that point, it was just an idea,” said Stoll, now assistant professor of Marine Policy at the University of Maine.

With $9,050 from the Green Grant Fund and partners at the coast, the DukeFish consumer-supported fishery was launched. Stoll said 400 people signed up in the first few weeks. Around a year later, the project could stand on its own and changed its name to Walking Fish, starting a tradition of bringing sustainable seafood to the Triangle.

“That’s one of the things I love most about the Green Grant program,” Capps said. “Having things last over time shows that our efforts are making a larger impact.”